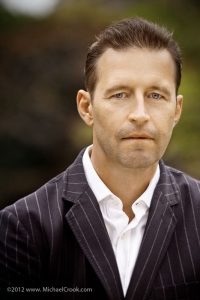 Richard Grant is an author, journalist and television host. He currently writes for Smithsonian magazine, New York Times, Al Jazeera America, the Telegraph UK, Aeon and several other publications. He grew up in London, England, and now lives in Jackson, Mississippi.

The impulse to wander was the subject of his first book American Nomads, Travels With Lost Conquistadors, Mountain Men, Cowboys, Indians, Hoboes, Truckers and Bullriders (Grove Press, 2003). Published in the UK as Ghost Riders, Travels With American Nomads (Little Brown, 2003) it won the 2004 Thomas Cook Travel Literature Award. Soon afterwards, he began travelling in the Sierra Madre Occidental in northern Mexico, a violent, lawless mountain range that begins just south of the American border and extends for nearly nine hundred miles. It contains cave-dwelling Indian tribes, four canyons deeper than the Grand Canyon, and is one of the world’s biggest production areas for marijuana and heroin. These travels resulted in his second book God’s Middle Finger, Into The Lawless Heart of the Sierra Madre (Free Press, 2008), published in the UK as Bandit Roads, Into the Lawless Heart of the Sierra Madre (Little Brown, 2008).

His third book Crazy River: Exploration and Folly in East Africa chronicles his efforts to make the first descent of the Malagarasi River in Tanzania, and subsequent projects in Burundi and Rwanda. Richard’s latest book is the best-selling Dispatches From Pluto: Lost and Found in the Mississippi Delta, about his move to the backwoods of Mississippi, and the layered complexity of race relations  there. Other projects include the BBC documentary film American Nomads, hosted, narrated and written by Richard, and a consulting role in the multiple-award-winning new documentary Omo Child: The River and The Bush, about ending infanticide in Southern Ethiopia.