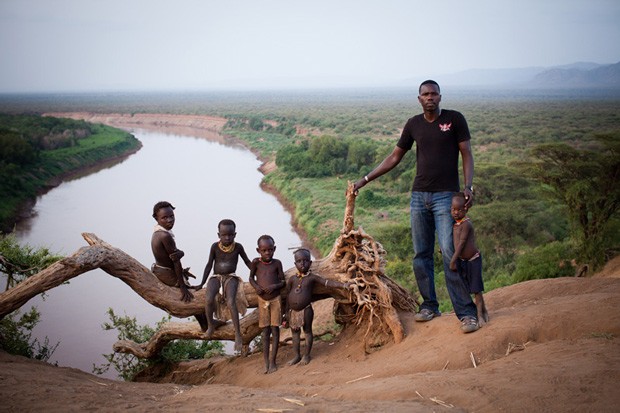 Dramatic news from the Lower Omo Valley in Ethiopia. Lale Labuko, who has been working for years to end the practice of ritual infanticide among the tribes there, has scored a major triumph. In a ceremony in Dus village, the elders of the Kara and Benna tribes announced that the killing of babies and children would stop.

For many centuries, as I wrote in my article for the Telegraph magazine (insert link) these tribes and the neighbouring Hamer have believed certain babies are ‘mingi’ or cursed, and if they’re allowed to live, drought, famine and disease will ravage the tribal lands. These ‘mingi’ babies include twins, babies born out of wedlock, and children whose first teeth appear in the upper jaw. It is estimated that thousands of children are killed every year in the Lower Omo Valley — thrown in the river to drown or be eaten by crocodiles, abandoned in the bush, thrown off cliffs, tied to trees and left to starve to death.

Henceforth, said the elders, the old beliefs about mingi are no longer valid, and anyone found practicing infanticide will be reported as a criminal to the local government. What changed their minds was years of artful persuasion by Lale Labuko, who has rescued 37 ‘mingi’ babies and looks after them in a shelter home, financial rewards from John Rowe, an American photographer and head of the Omo Child foundation, and the fact that no drought or famine has followed the rescuing of ‘mingi’ children by Lale Labuko. On the contrary, they have had good rains in the Omo Valley, and immediately after the ceremonial sheep was slaughtered, roasted and eaten, and mingi declared a thing of the past, the heavens opened above Dus Village and it poured down rain.

Meanwhile, Lale Labuko and John Rowe still have to find a way to house, feed, clothe and educate the 37 rescued children, and also change the minds of the Hamer elders. This tribe, nine times larger than the Kara, is still killing children.