THE WOLF THAT DISCOVERED CALIFORNIA 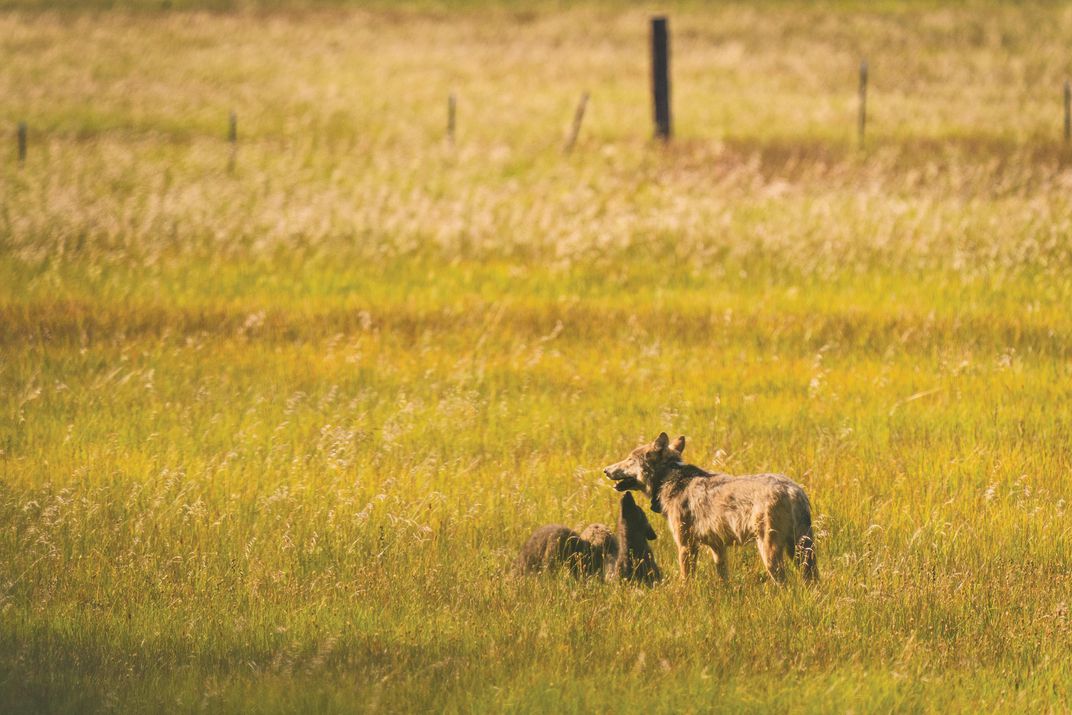 Nearly a century after the last wolf was eradicated in the state, a lone female arrived and established a pack. Not everyone is cheering

At a steady trot, wolves can go 20 miles without breaking stride and cover 50 miles in a day. Their long thin legs move with the inevitability of bicycle wheels, with the rear foot landing in the exact spot just vacated by the front foot and the rest of the wolf flowing along. They travel with a look of intense purpose—ears pricked up, eyes keen, nostrils sifting the air for information—yet their movement over the land appears effortless.

The female gray wolf that biologists would call LAS01F was born somewhere in the Northern Rockies in 2014, possibly in Wyoming. In her second year of life, coursing with hormones, she left her natal pack to find a mate and a territory of her own, and kept going for another 800 miles or more.

She either crossed the Great Basin Desert in Utah and Nevada, or she made a much longer journey through Idaho and Oregon. Whichever passage she took, she was hunting by herself for the first time in unfamiliar terrain, learning to find water, cross roads, stay hidden from human beings.

At regular intervals she would have scent-marked her trail so other wolves, and preferably an unattached male, might find her. She would have howled often, listened carefully, and if she journeyed across the Great Basin—heard nothing in response. As far as we know, there were no other wolves in that vast stretch of ground.

It’s difficult to say why this particular female made such an epic journey. A small minority of wolves are long-distance travelers, and no one really knows why. It’s probably best understood as a personality trait; there is some evidence that the behavior may run in families.

After traveling for at least a month, and perhaps longer, she reached the forested mountains of northeast California. There was clean water in the streams, blacktail and mule deer to hunt, a few elk, not too many humans, and features in the landscape that gray wolves find appealing: high plateaus, forested ridges, meadows. There were also thousands of cattle and sheep. We might say she was recolonizing ancestral ground, for it was here in Lassen County that the last wild wolf in California was shot and killed, in 1924, as part of the centuries-long extermination campaign that nearly wiped out wolves in the lower 48.