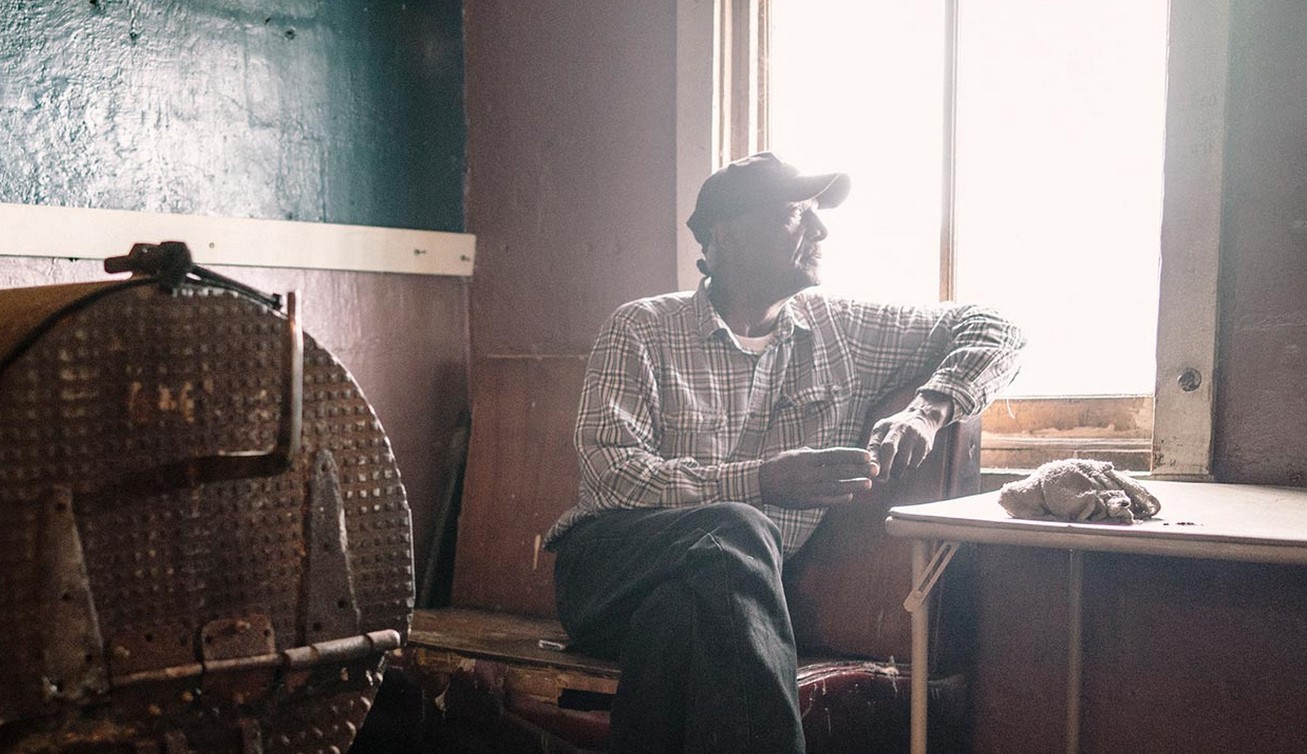 When tourists started showing up here, I couldn’t figure out what they saw in the place,” says Jimmy “Duck” Holmes, a 67-year-old blues musician and owner of the Blue Front Café. It’s a scruffy little drinking spot and informal music venue — a juke joint. The floor is weathered concrete. The barstools are hammered together from raw lumber and painted blue. Heat comes from a piece of oil-field pipe converted into a wood-burning stove.

“My parents started the Blue Front in 1948, and it ain’t been nothing but a juke joint ever since,” says Holmes, a slow-moving medium-built man with a rich, grainy speaking voice. He is sipping a late morning beer and smoking a long menthol cigarette. “It ain’t nothing fancy, but it’s authentic and original, and that’s what the tourists like, I’ve come to understand. They don’t have anything authentic in their regular lives, so they feel drawn to it. They want a taste of it. For a lot of blues fans, that’s what it’s all about.”

In the last eight or nine years, he says, a slow trickle of tourists has increased to a steady flow and sometimes an unwelcome deluge. On summer weekends, tour buses have become a regular sight in Bentonia, a tiny, half-derelict farming town just outside the Mississippi Delta. “Australia, Great Britain, Norway, Germany, Switzerland, Japan, Israel, France, Argentina — you name it,” he says. “We had 200 from Belgium and they like to ran me ragged. New York, California, Montana — all over America. See, this is where American music comes from. It all started with the blues.”

The influx of outsiders at the Blue Front Café reflects a widespread effort in Mississippi to promote cultural tourism based on the blues. Long known for poverty and racial injustice, the state has rebranded itself as the “Birthplace of America’s Music.” Elvis Presley was a Mississippian, and so was Jimmie Rodgers, a founding father of country music. But the slogan refers mainly to Mississippi’s deep blues heritage. Most of the early, influential bluesmen were born here, and the state dominates the Blues Hall of Fame, with Robert Johnson, Muddy Waters, Sonny Boy Williamson, Howlin’ Wolf, John Lee Hooker, Elmore James, B.B. King and many more.

Read the rest at http://projects.aljazeera.com/2015/04/mississippi-blues/