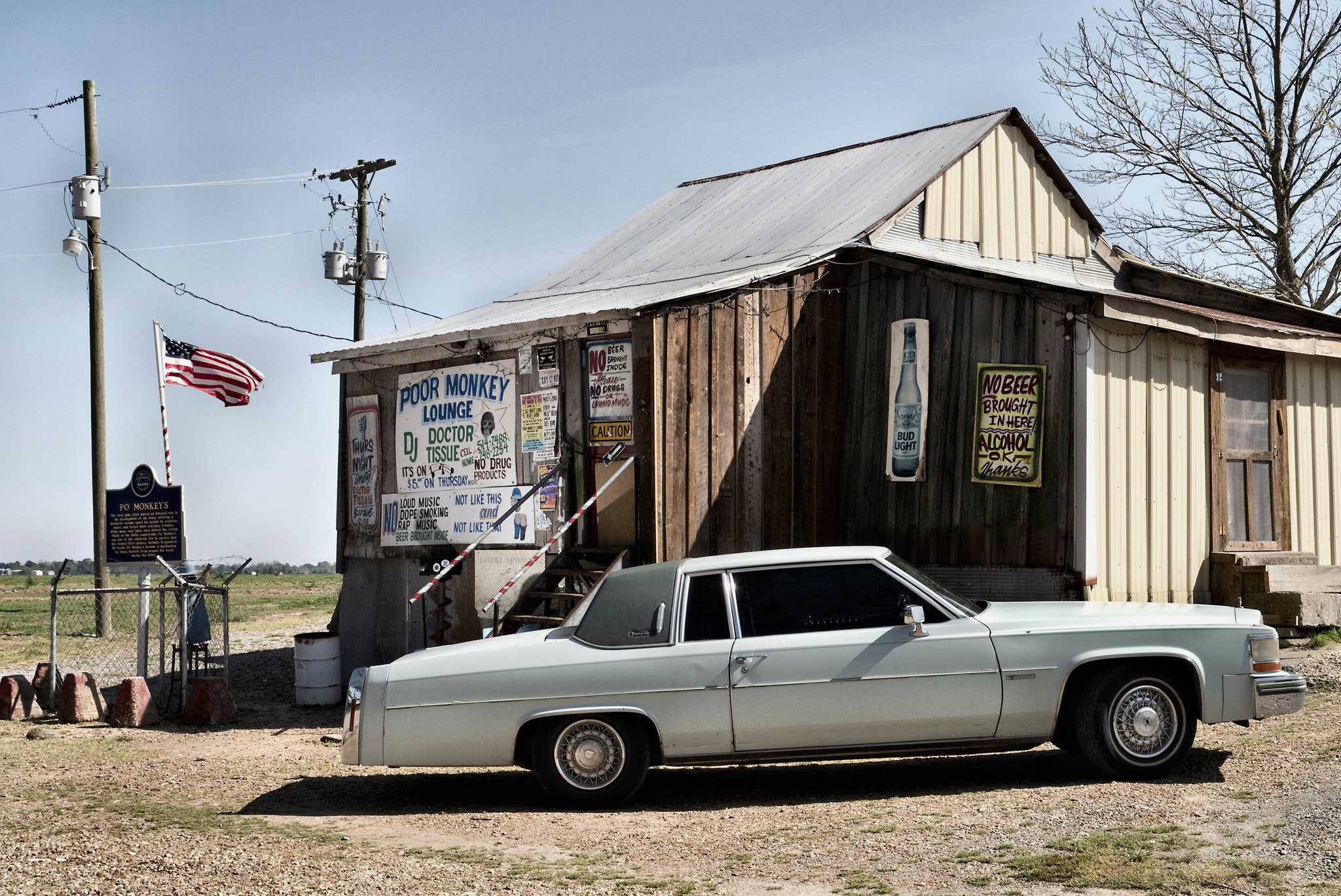 PLUTO, MISS. — TO move from Lower Manhattan to rural Mississippi is probably the most extreme culture shock available in this country. To do it as an Englishman adds an extra twist. But I fell in love with an old farmhouse while visiting a friend in the Mississippi Delta, bought it for next to nothing, in New York terms, and persuaded my girlfriend, Mariah, to move there with me.

I could keep working as a freelance journalist and maybe get a book out of the experience. She could finish her library science degree online. The city had been grinding us up, and decimating our bank accounts, and we were both ready to live closer to the land.

It was a difficult decision to explain to New Yorkers. They viewed Mississippi as a backwater, at best, and more commonly as a byword for ignorance and bigotry. One woman accused me of being a racist for wanting to live there, even though I was moving to a county that was 82 percent African-American. Most people were genuinely mystified, or doubtful about my sanity, because who in their right mind would choose to live in backwoods Mississippi?

Isolation was the first big adjustment. There were long, slow days of study, writing and working in the vegetable garden when we saw no other humans. The nearest neighbors were three miles away, across cotton fields and swampy woods, in a tiny farming community called Pluto. The nearest supermarket was 30 miles away. It was well stocked with pig knuckles, hog jowls, boiled peanuts and hunting magazines, but it was another 25 miles to find organic eggs, strong cheese or crusty bread.

Instead of living in a dense hive of human beings, we were surrounded by a teeming multitude of other life-forms. An orchestra of frogs lived in a nearby swamp. Mosquitoes furred up the windowpanes at night. Snakes slithered up on the front porch, and draped themselves across the door lintels. Owls hooted back and forth. Alligators roared. It got so noisy at night that I unpacked my Manhattan earplugs.

Mississippians were generally puzzled by our arrival, but warm and welcoming. As we were unpacking, an African-American tractor driver stopped by and talked for an hour. On the second day, a white family from Pluto came over with a bottle of wine and a selection of guns to shoot. Cathy Thompson, a labor and delivery nurse, had bought an AK-47 for stress relief during menopause. “I don’t know what women in New York do,” she said in a fast-paced drawl. “Probably see a therapist, or get on meds. I got my AK and a T-shirt that said, ‘I’m Out of Estrogen and I Have a Gun.’”

It soon became apparent that a) we held very different political views and b) this was not going to be a problem. Noting our lack of furniture, Cathy went through her storage areas and produced two beds, a couch, a kitchen table and chairs, two armchairs and two wingback chairs. “Y’all can have this stuff on permanent loan,” she said. “And I noticed y’all just have the one vehicle. That’s going to get inconvenient out here, so I want you to drive our Envoy whenever you need to, and think of it as your second vehicle. I’ll show you where the keys are.”

Another neighbor showed up with a cord of split firewood, a bottle of Glenlivet and an engraved silver ice bucket as housewarming gifts. A third insisted on keeping our grass cut for the rest of the summer. This is an aspect of Mississippi that usually gets lost in translation. Because the state is so infamous for its vicious past — Mississippi had the most lynchings, and the most violent resistance to civil rights — it’s hard for outsiders to accept that it’s also a place of extraordinary warmth, kindness and hospitality.

Contradictions are like oxygen here, part of the air itself. The Delta is arguably the most racist, or racially obsessed, place in America, and yet you see more ease and conviviality between blacks and whites than in the rest of America. It’s not uncommon to find close, loving, quasi-familial relationships between black and white families who have known one another for generations. They weep together at one another’s funerals, and sometimes name their children after one another. But they still feel awkward about sitting down to a meal together, and both sides enforce the old taboo against interracial dating.

Things have come a long way in Mississippi, but nowhere else in America had so far to go. That’s the usual shorthand from civil rights leaders. Because the Delta is majority African-American, most elected officials are now black, but whites still own most of the land and wealth, and educate their children at private schools known as “segregation academies.” Blacks and whites chat amiably in neutral settings like the post office, but they self-segregate in fast-food restaurants and at the county fair, which they attend on different days.The layered complexity of race relations is the hardest thing to understand here. But there’s also a tilted, off-kilter, eccentric quality to the Delta that’s hard to pin down.

Opening the local newspaper in hunting season, we stared at photographs of women who were killing deer with pink arrows for breast cancer awareness. Bizarre crimes came in a steady stream. An unlicensed mortuary was busted on a residential street. Motorists were warned not to stop for police officers because someone posing as a cop had killed two people.

In the dilapidated old cotton town of Greenwood, an oncologist was arrested for hiring two men to murder the lawyer who lived across the street. He was found unfit to stand trial and remanded to the state mental hospital. His devoted patients are still clamoring for his release.

In the same town, a man was caught in a police sting operation while having carnal relations with show hogs. We had never even heard of show hogs, so our friend Martha Foose, a Delta-born cookbook writer, had to explain. “We have beauty pageants for our swine,” she said. “And they get those hogs dolled up. They shave their underparts, curl their eyelashes, buff their little trotters, and I guess it’s more than some guys can stand. I call it ‘dating down the food chain.’”

After nearly three years here, it still feels like we’re scratching the surface. Even for a native like our friend Martha, it’s hard to say what accounts for the Delta’s eccentricities. Maybe it’s the strain of living in a dysfunctional third world society in the heart of America. A white pseudo-aristocracy maintains genteel airs and graces amid crumbling towns and black rural poverty reminiscent of Haiti. It’s all stirred up with whiskey, denial and fire-breathing religion. In a blistering exit speech, the outgoing police chief of Greenwood, who is black, denounced the mayor, a white woman, as “Antichrist, Beelzebub, deceiver, destroyer, liar, seven heads and 10 horns on Satan, the Devil himself.”

This was not irony. This was not sarcasm. This was a heartfelt howl from the most Southern place on earth, as one historian described the Delta. Sometimes living in Mississippi makes us want to weep and scream and rush back to the familiar. But Mariah has a library job here now, and we have no plans to leave. Mississippi is such a deep, strange, complicated, interesting place that we often feel ruined for living anywhere else.