The Return of the Great American Jaguar 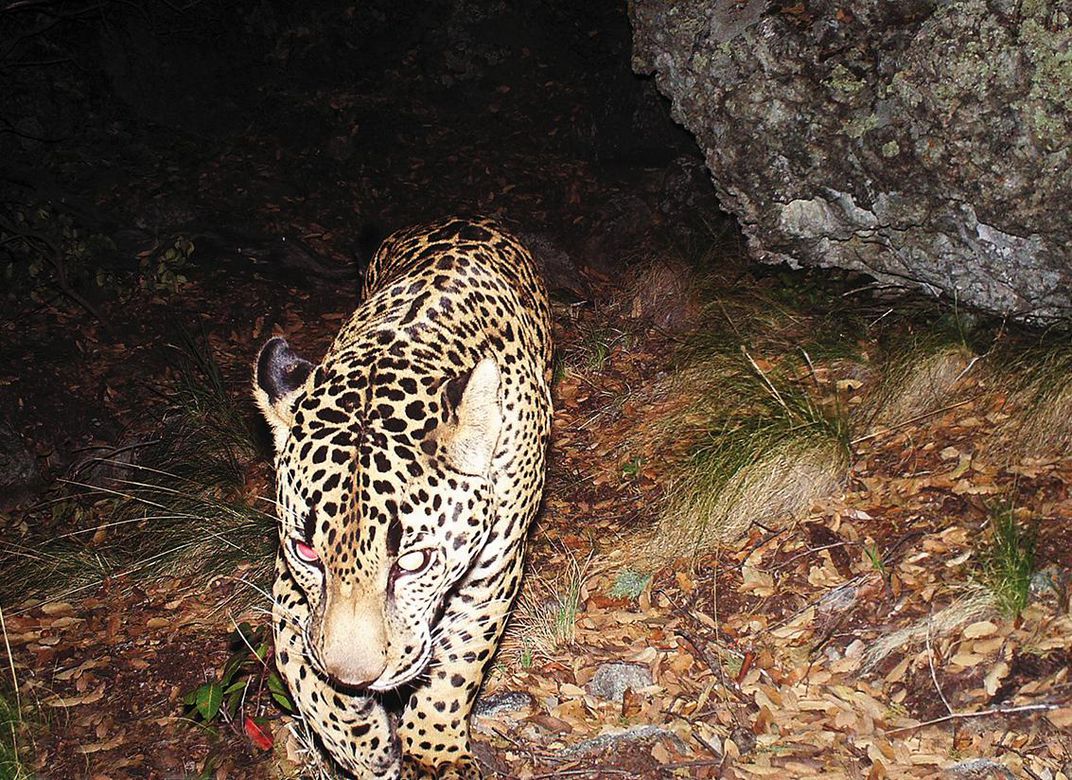 The Return of the Great American Jaguar.

The jaguar known as El Jefe—The Boss—was almost certainly born in the Sierra Madre of northwest Mexico. Chris Bugbee, a wildlife biologist who knows El Jefe better than anyone, guesses that his birthplace was in the 70-square-mile Northern Jaguar Reserve in the state of Sonora. A team of American and Mexican conservationists do their best to protect the dwindling jaguar population there, and it’s within range of the Arizona border, where El Jefe made his fateful crossing into U.S. territory.

The gorgeous leopard-like rosettes were there in his fur at birth. Each jaguar has its own arrangement of these patterns, making individuals easy to identify. El Jefe has a heart-shaped rosette on his right hip and a question mark over the left side of his rib cage. Like all newborn jaguar cubs, he came into the world blind, deaf and helpless, and gradually acquired his sight and hearing over the first few weeks. By three months, the cubs have been weaned from milk to meat, but for the most part stay in the den. “It’s a lot of waiting around for mom to get back from a hunting trip,” says Bugbee.