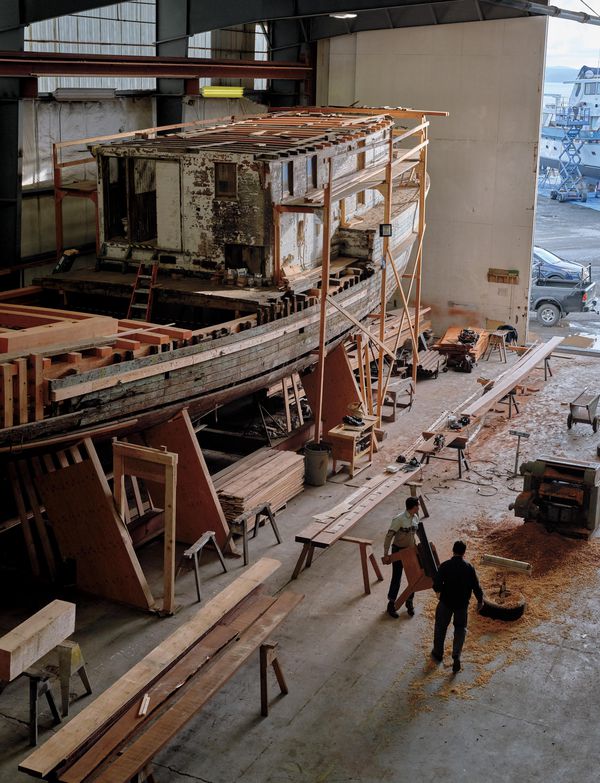 It was the fourth sinking of its long career, and this time the old wooden fishing boat lay submerged for nearly six months in brackish water and mud. When the authorities finally hauled it to the surface and towed it to Port Townsend, Washington, in June 2013, the Western Flyer looked like a ghost ship. Veils of seaweed hung from its rotting timbers, and it was encrusted with barnacles. The insides were full of mud. At the boatyard the wreck was valued at $0, but a purchaser from California, John Gregg, paid $1 million for it, or more precisely, for its mystique.

In the spring of 1940, the boat was chartered for six weeks by the novelist John Steinbeck, who had published The Grapes of Wrath the previous year, earning national acclaim, sudden wealth and death threats from reactionaries outraged by the novel’s populist message. With his close friend Ed Ricketts, a brilliant, eccentric marine biologist, Steinbeck sailed to the Sea of Cortez to survey marine life along the Baja coast, escape from the modern world and Steinbeck’s new celebrity, and hone the deep, holistic, ecological philosophy that they were developing in tandem.